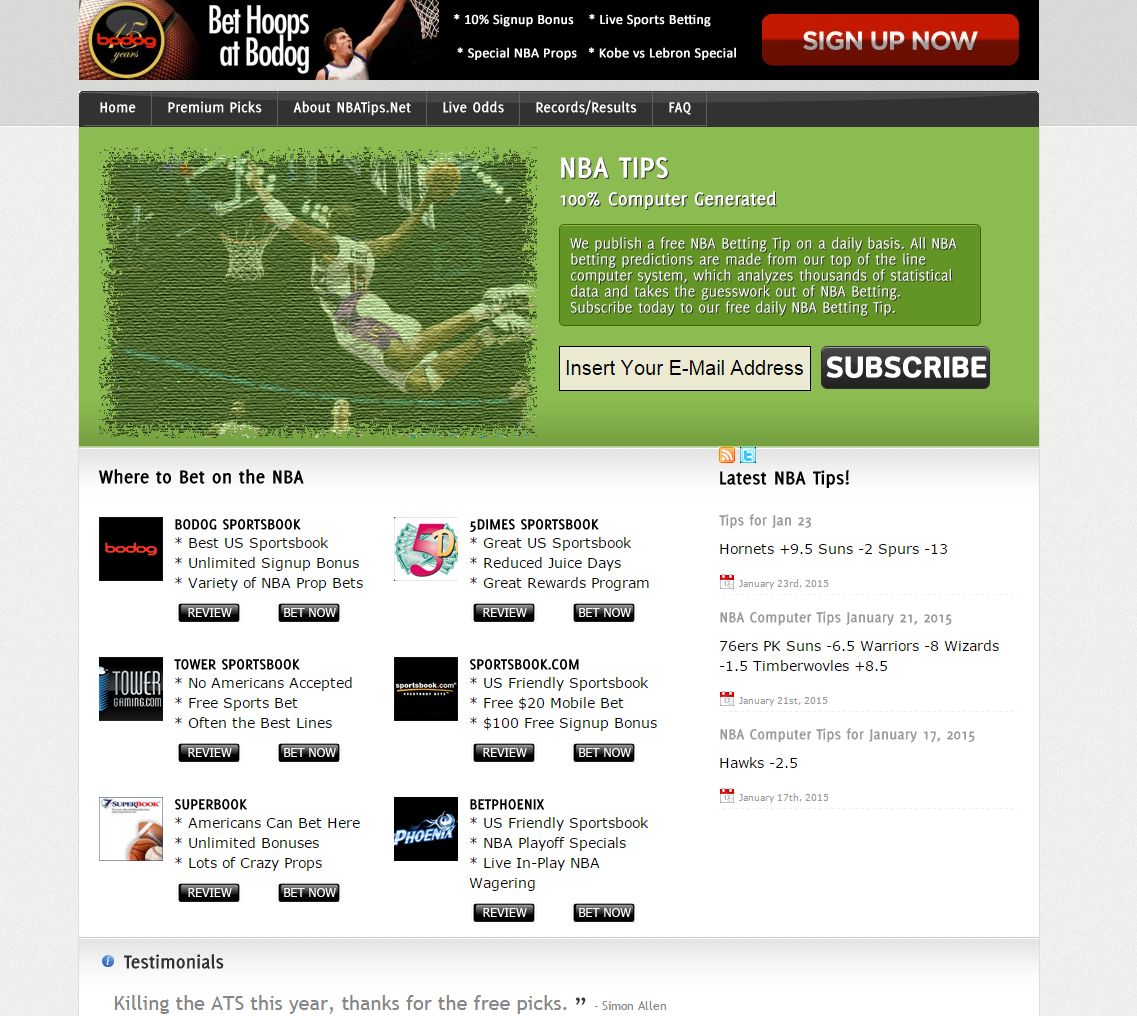 In 2007, I created a basketball betting system focused on the WNBA. My reasoning for picking the WNBA was I felt that the lines were a lot softer, due to less information and the sportsbooks providing less focus on it. It became very successful with me posting picks on an online forum, and people were requesting I run a similar one for the NBA once the WNBA season was over.

I’ve continued to provide NBA tips since then, to a great success. I do have a very strong love/hate relationship with the NBA however. There are times where I just get disgusted by it and lose interest(The Donald Sterling saga or Tim Donaghy for example), and my interest in it has declined due to the actual decline of my all-time favourite player Kobe Bryant. But I still keep tabs on it, provide betting tips and am always hooked come playoff season.

NBATips.net is a very notable website for me, as it was the first website where I actually sold my betting tips as opposed to giving them away for free, when I offered a “premium tips” package for a few seasons. I tend not to do that on websites anymore, as while it was a success both in terms of the win ratio and the amount of subscribers – the added pressure of knowing people were paying for my tips really weighed on me, and ruined my enjoyment of NBA for a while.